Ken was the Founder and Chairman of the American Economic Council (AEC), a nationwide economic reform group that was credited with the passage of the United States Gold Coin Act of 1984, which established the United States Gold Eagle coin.  AEC seminars included participation by Alan Greenspan, Noble Laureate F. A. Hayek and Robert Bleiberg, Editor-in-Chief of Barrons.  The AEC is no longer active. A former member of the Senatorial Trust in Washington, D.C., Ken remains well informed on national and international economic issues.

The 1994 and 1996 editions of Nelson Publications "America's Best Money Managers", a comprehensive survey of global investment managers, ranked Kenneth J. Gerbino & Company's investment accounts among the Top 10 in the world in their respective categories.  Ken also was the co-manager of a publicly traded mutual fund, The Growth & Income Fund, part of The Reserve Funds family of Funds.

Ken is on the Board of Directors of Titan Oil Recovery, Inc. He was previously a Director of the Los Angeles Unified School District Annuity Reserve Board, and Fortress Technologies, Inc.

Ken was editor of The Kenneth J. Gerbino Investment Letter, an international investment and economic newsletter, for 15 years.  His views have appeared in such publications as The Wall Street Journal, Worth Magazine, Investor's Business Daily, The Asian Wall Street Journal, Money Magazine, The New York Times, USA Today, The Chicago Tribune and many others. He articles on the economy, stock market and gold market are currently published on various international financial websites.

A former financial analyst for Litton Industries and Republic Corporation, he has a B.S. in Business Administration from Ithaca College and an MBA from Syracuse University. 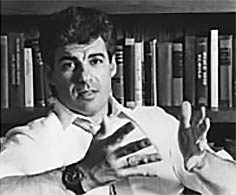 Your money deserves professional attention. The well-thought-out strategy of The Gold Mining Stock Account for a smaller portion of your nest egg we feel will allow you a diversified strategy as well as some monetary insurance appropriate for today's financial environment. These accounts can be used for retirement plans such as IRAs and Keoghs, as gains and income will accumulate over the time period of your plan, tax deferred.

How Your Money Is Managed

Although we make the investment decisions, we do not hold your assets. Your funds will be held in a separate account for you by RBC, Beverly Hills. They are a well known and respected financial institution. Your account is separate and in your name only. Kenneth J. Gerbino & Company manages the account for you by directing RBC to place stocks or bonds in your account. You will receive monthly statements from them. 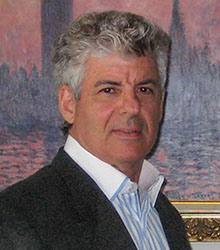