Relax—There Will Be No Depression

I want everyone to relax. You are being bombarded with numerous facts and figures that look pretty bad, but the facts are being interpreted with emotion and hype and hysteria. The predictive value of mis-emotion is usually chaos. There will be no Great Depression.

First, let’s review what happened in the last few years in simple terms:

1. The Federal Reserve manipulated interest rates below the real market rate for over a decade, creating dislocations in the normal markets.

2. Low interest rates forced retirees and savers to abandon safe investments and buy into all sorts of higher risk investments, including the stock market. (As a grandmother of one of my employees said many years ago, “I can’t afford to live on 3% interest when I use to get 6%”xa sad but true story).

4. The dot.com bubble was the first sign of trouble from the recent easy money regime. The solution: more easy money to bail out Wall Street and avert further panic.

6. Real estate booms, as new and creative ways to lend money appeared. Lending became a no brainer as loan packages could be sold away to another institution covered by a new insurance scheme (Credit Default Swaps). Therefore credit worthiness of customers became less important. Lenders became undisciplined. Who cared if the loan defaulted if the loan was “insured?”

7. Other exotic derivatives were concocted by the investment banks and commercial banks to make more fees and profits. Tried and true centuries old banking policies 101 were thrown out the window.

8. The government pressured financial institutions to lend money for homes to millions of borrowers who were not only unqualified but high credit risks.

9. The excessive and low interest rate loans for homes fueled an even more

12. Complacency was everywhere. The Dow was over 14,000. Wall Street and Main Street thought the economy was “fine,” paper money was “working” and debt levels were high but no big deal, the Fed was in control. So far so good.

13. The banking industry usually gets hit hard when the economy gets hit hard. But this time the major commercial banks were also speculating along with the investment banks.

14. Huge losses from leveraging and speculating in stock and bond markets as well as derivatives start showing up at the largest commercial and investment banks in the U.S. and abroad.

16. Global stock markets collapse and credit markets seize up everywhere. Many foreign countries are as bad off as the U.S.

The financial pyramid was brought on by easy money. We are now faced with global investment losses and economic numbers that are at dangerous levels, and foretell a drastic future.

But the future will be the exact opposite to what Wall Street and Main Street think will happen.

Why There Will be No Depression

The financial system will be temporarily “saved” by paper money but working people and savers will be eventually crushed by this currency depreciation. Capitalism and free enterprise will get another bad rap when inflation rips through the system. Honest capitalism and classic free enterprise does not include paper moneyx.the cause of all modern day economic problems.

Am I telling you all is OK? No. I am telling you things are as bad as you think. But the authorities are using this crisis to bail out the system with paper money and because of that, the economy will once again go into a so-called boom that will be very inflationary. If you think a Depression is coming you will have your assets in the wrong place at the wrong time.

A Depression is impossible in the old sense of the word. If one describes a depression as the loss of purchasing power of the wage earner (a correct definition), then we have been in one for the past 50 years since wages have not kept up with the cost of living. But since everyone is thinking breadlines and the 1930’s, I will stay with that picture for our definition.

It is not going to happen. Also, remember that the $2-3 trillion bail out numbers you are reading about can easily be bumped up to $4-5 trillion. Why not? The reason for the increase is simplex..”We are heading into the Greatest Depression in history.” As long as this misguided concept gets press and the NY Times, the media and politicians buy into it, then the government has a green light to create as much money as is needed. 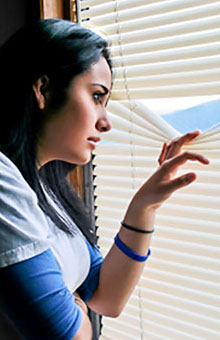