Gold & Greece—Not What You Think

There is so much hysteria in the hard money camp on Greece and the European Union that one had better start looking at the facts otherwise it could cost you a lot of money.

Before discussing the Euro, Greece and Gold, let me go over some important concepts:

The economic problems faced by all countries are rooted in paper money systems. In fact, paper money systems are one of the root causes of socialism and socialist thought. Paper money also gives capitalism a bad name. Right now the temporary solutions from bail-outs and printing money will change the short and medium term outlook for many investments. These changes must be analyzed properly. The long term will always get worse from these bail out policies, but making money in the markets means having the good sense not to get carried away by hysteria from the press and gold coin shops (although everyone should buy some gold and silver coins).

Greece and the Euro

The current European Union problems with Greece and the countries expected to follow with bailouts (Portugal, Italy, Spain and Ireland) are serious but not as horrible as the press is reporting. The groups behind the hysteria are the usual suspects—the banks who own a lot of the troubled debt that could default. Most of my friends in the hard money camp are also "losing it" over the Greek crisis.

Since the European banks are more leveraged than the U.S. banks were in 2008, I can see why these people and politicians would be panicked as a domino effect could happen. The solution to bail out Greece and the rest of these countries will end up with plenty of money being created. The five PIIGS countries comprise 7.7% of the global GDP and their collective Government Debt (which will increase in 2010 by 5-10%) is approx. $4.2 trillion. Approximately 30% is in danger of defaulting over the next 3-4 years. There is more private debt as well, but there are plenty of assets (buildings, factories, etc.) backing much of that debt. It’s not all bad.

The PIIGS government debt is a lot of money owed to lots of institutions and investors all over the world. The EU bailout, recently announced, is almost a $1 trillion package and soon, I believe the structure will be modified and most likely go something like this:

The EU money supply is $8.2 trillion. If the aforementioned $126 billion annual rescue package was entirely printed out of thin air it would be a 1.5 % increase to the money supply, enough to handle the new stretched out annual $126 billion of potential problems. A bad solution, but one that might find time for the authorities to correct the outrageous mismanagement that has taken place in these countries.

The EU increased their money supply by $1 trillion in just the last two years, so these debt problems, if spread out and facilitated with this new $1 trillion of EU and other Central Bank help (including the U.S.) would seem manageable for the time being. Of course, the net result of these bailouts will be inflation showing up in future years.

Debt laden EU governments will have to raise taxes, cut government salaries and pensions and do a lot of things people in these countries are not going to like. Governments putting their houses in order is a real long shot and I am not optimistic. But if this glaring fiscal mismanagement allows the guy in the street to see that he has been lied to, deceived and totally taken in by the stupidity of these socialist policies and the absurd promises of politicians then maybe it will wake him/her up. This could put some reality back into their lives which will include working regular hours for a living and not ripping off their fellow citizens by getting benefits not earned.

Socialism will now become a fool’s passion and the concept of the State taking care of people will start to be eroded by this crisis and reality. There is no free lunch. The sad thing about socialism is that if there were honest monetary systems, low taxes and no socialism, 98% of the population would be so well off and affluent that they could easily support the real poor and sick and less fortunate. The charitable inclination of the common man is so much higher than he is given credit for even in tough times charity and giving is in the hundreds of billions in the U.S. I would think that 2008 was probably the worst year for any American financially yet charitable giving topped $300 billion. Bleeding heart liberals take note. You are “right on” about your humanism and benevolence and deserve credit for these high character values, but you are being led down the path to disaster if you think the government is the answer to your ideals.

Here are some provisions the EU and the IMF have demanded of Greece and if they do not comply they will not get any money to pay their government employees, pensioners and suppliers, so Greece will have to comply.

To get a somewhat comparable concept about just how bad it might be in Greece, a quote from the Washington Post:

"Athens, after all, is a city in which 364 people told tax authorities they owned swimming pools – and in which satellite photographs reveals the existence of 16,974 swimming pools."

Closing Comments on Greece and the Euro

Investing in gold is easy. Buy bullion (coins and bars) with 5-10% of your assets and never look at it again. The price is irrelevant. The long term prevails. It’s insurance. Forget the price in dollars or pounds or Euros – think ounces.

Unfortunately owning mining stocks is going to be a nightmare of volatility. Gold could easily move up or down $200 within a few weeks. That means a lot of anxious mining stock investors. A solution is to allocate 60% to core positions in quality companies and allocate the other 40% to a medium term trading strategy.

Gold looks overbought and well priced for now. You have to remember that gold has had a very prolonged run up over the last 5 years - $500 to $1200, and is discounting a lot of bankruptcies and a lot of inflation and world problems.

I do not see gold going to the moon right now because “the collapse of the western world” and the monetary system is many years away. The moon shot in gold is coming but I believe it will come when high inflation rates hit the western world including Brazil, Europe, China and India. Then you will see the moon shot.

A possible collapse of the banking system in the U.S. and EU and other catastrophic events can and will be “papered over” with printed money and computer credits even if it takes trillions of more dollars and Euros. The end result will be a lot of inflation. When this inflation hits the markets then gold will again take off.

I think gold could stay in a $1050 -$1250 range for the foreseeable future. I am 80% in this frame of mind. This means gold mining stocks are going to be cash cows and great investments. If gold takes off above $1250 then all bets are off and something could be coming that no one sees.

For now I am the most nervous bull you can imagine. 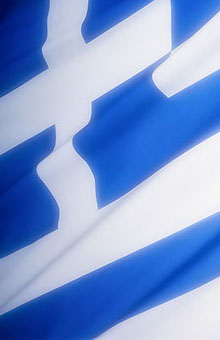