This article is perhaps one of the best and most informative discussions on why people should have some diversification in gold.   — Kenneth J. Gerbino

Gold is nobody else's liability. Although the Chinese were the first to use paper as money, the first "bank" notes in the United Kingdom were issued by goldsmith/bankers as receipts for deposits of gold. The wealthy found these receipts easier to handle than gold and used them as currency. Soon the goldsmiths discovered that the owners of the gold were unlikely to demand return of all their gold at any one time.

They began to use the gold that had been left in their safe keeping for their own purposes. This worked very well as long as the owners of the gold remained confident that they could claim their gold upon demand. But woe be the goldsmith who did not have enough gold to meet the demands of his depositors when they wanted it back. Not that there was much that they could do about it if the goldsmith fled or was bankrupted. It was a hard lesson that paper is no real substitute for gold as a store of value.

Gold is among a handful of financial assets that is not matched by a liability. Gold does not depend on a “promise to pay” by any government or corporation, as is the case with more conventional assets. Gold is not a promissory note. It is not directly affected by the economic policies of any individual country and cannot be repudiated like paper assets. It cannot be devalued through the printing press. Neither is it subject to management or business risk, nor the risk of default or bankruptcy. Corporate governance is never an issue.

Even Treasury Bills depend on a government’s ability to pay in the future. Even in the case of hard currencies there is a threat that the issuing government will simply print more money to repay its debt. This will tend to debase the currency in international markets reducing the value of the bills, hence their attractiveness to foreign investors.

The lesson of history is that national currencies come and go, and once-great corporations may also shrink and vanish. By contrast gold has been treasured as a store of value -- a monetary asset -- for thousands of years and can justifiably be described as a currency without a country.

Gold as a financial asset is unique in having no counter-liability. Of course it bears a market risk but it is completely free of credit risk. Its safe haven attributes continue to attract prudent investors.

Gold is a Store of Value

Through the best of times and the worst of times, gold endures. Market cycles are permanent facts of life, but gold has maintained its long-term value. In an important work, published in 1977, Jastram (The Golden Constant – The English and American Experience 1560 – 1976) investigated the purchasing power of gold over the very long term. He demonstrated that in both inflationary and deflationary times gold has maintained its purchasing power. In other words the value of gold, in terms of the real goods and services that it can buy, has remained remarkably stable over time. In contrast, the purchasing power of most currencies (including the U.S. dollar) has generally declined. This is why gold is often purchased to counter the effects of inflation and currency fluctuations.

More recently, in a research paper by Harmston, Jastram’s work on the long term purchasing power of gold was updated and extended to include France, Germany and Japan. Harmston concluded that over the long term, despite price fluctuations:

Investment demand for gold is frequently driven by fear compounded by speculation. In periods of mounting inflation investors fear the destruction of the purchasing power of money. For at least two hundred years the price of gold has kept pace with inflation. As a result the price of gold in real terms has been remarkably stable during this period.

These results are borne out in a working paper published by the University of Stirling in Scotland, which concludes that, whilst in the short-run the effectiveness of using gold as an inflation hedge may vary, in the long-run, it remains a reliable store of value.

The introduction of inflation-linked bonds by the British government in 1981, and in the United States in 1997 and in other countries more recently still was intended to create an asset class that is immune from the effects of inflation. However, these instruments can only ever immunise the money actually invested in them against inflation – there is no multiplier effect. Research conducted by Wainright Economics, comparing the effectiveness of using American TIPS and gold in an investment portfolio, concluded that gold did have a multiplier effect. In other words, immunisation did not just cover the percentage of the portfolio invested in gold, but also extended some protection to other assets in the portfolio.

What is less well known is what would happen to the price of gold during a period of sustained global deflation. There has never been such a period, at least during the last century, when the gold price was subject to free market forces. The Japanese experience since the pricking of the asset price bubble in the late 1990s however shows that the economic attractiveness of competing investments such as equities, property and commodities diminished. In the case of bonds there is a dearth of borrowers so that reducing nominal interest rates is akin to pushing on a string. During periods of deflation investors come to fear default on the part of the issuers of paper assets. Gold as a financial asset is unique in being completely free of credit risk. Under such conditions gold’s attraction as a store of value is enhanced.

Recent pronouncements by the US Federal Reserve Board show that it is concerned by the threat of deflation. The FOMC release on 16th September 2003 states that “The Committee judges that, on balance, the risk of inflation becoming undesirably low remains the predominant concern for the foreseeable future”.

But in November 2002 Ben Bernanke, a Governor of the United States Federal Reserve Board, sought to comfort those fearful deflation saying “Like gold US dollars only have value to the extent that they are limited in supply. But the US Government has a technology called the printing press (or, today, its electronic equivalent), that allows it to produce as many US dollars as it wishes at essentially no cost.” It is not often that a senior central banker threatens to debase the currency. However, statements such as this serve to raise concerns about inflation. Regardless of whether the greatest current threat is that of inflation or deflation, it is clear that the outlook is uncertain. And it is at times like this that the importance of gold as a store of value and a bulwark against the unexpected comes into its own.

Gold is an Asset of Last Resort

Alan Greenspan, Chairman of the Federal Reserve Board of the United States of America, in 1999 famously said “Gold still represents the ultimate form of payment in the world. Fiat money in extremis is accepted by nobody. Gold is always accepted.”

Such sentiments are as valid today as ever they have been. And they apply as much to governments as to private individuals.

Prominent examples of the refuge afforded by gold include:

In extreme cases individuals, those escaping oppressive regimes or war for example, may be pleased to preserve not only their wealth but also their lives through their use of gold. Those who hold gold purely for insurance are less concerned with its price than its value: it concentrates a lot of value in a small volume. As with any insurance policy, we all hope never to be in a situation where we may need it, but sleep better knowing that we have some protection against unpleasant unforeseen events.

In a portfolio context gold can provide “insurance” against the extreme movements in the value of traditional asset classes that happen in times of financial stress, because the lack of correlation between returns on gold and equities persists during such periods. 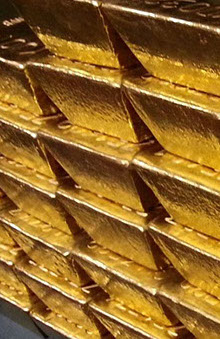