A History Lesson: The War of 1812, Gold, Paper Money and the U.S. Banking System

Let's review some economic history regarding the printing of paper money and the banking system. During the war of 1812, the Washington D.C. banks and the Mid-Atlantic banks (the ones close to Washington) were lending out money for the war effort. They were effectively financing the war. The New England states were against the war and their banks managed their loan portfolios totally differently... very conservatively.

Even though the United States was on a gold standard, individual banks could still lend out more money (at that time they were called bank notes) than they had gold in their vaults. As long as everybody didn't show up at the bank with their bank notes to exchange the notes for gold, the banks were fine and they could make more money by lending out more bank notes and receiving interest on them. This is how banks leverage their assets. This is still practiced today.

Because the D.C. banks were financing the war, they were issuing a lot of bank notes. These bank notes were used as money along with U.S. dollars. Because of this the “money supply” in the Mid-Atlantic region was increasing while the money supply in the New England area wasn't. Therefore, consumer prices in New England were very steady but prices in the D.C. area started to rise because of the increase in the region's money supply. As people realized that they could buy cheaper goods from New England, they started to do so. As goods were imported into the Washington area, many times D.C. bank notes were sent to the merchants in New England for payment. These notes would then be deposited in New England banks.

The New England banks, not familiar with the regional banks in Washington, returned the bank notes requesting gold. Since there were a lot of extra bank notes floating around, the D.C. banks were going to have to ship more gold to New England to honor their bank notes than they actually had in their vaults. The more gold that left the D.C. banks, the less base they had for other loans and they eventually had to suspend gold payments to cover their notes. In other words, default on the value backing the notes.

When this started to happen, the bank notes lost their value since they could not be exchanged for gold and they started selling at a discount. Basically, they were being devalued. When you hear about the devaluation of a country's currency, it is the same mechanism. It devalues against another currency because a similar situation has occurred. One country has issued (or printed) too many bank notes or currency with nothing backing it. A good modern example is Argentina in the last 10 years.

It is interesting to note that once the D.C. banks ran out of money and their paper seemed to be worthless, the U.S. government was faced with the dilemma of not being able to finance the war. The D.C. banks suspended payments of gold in December of 1814 and in January of 1815, a month later, peace was declared. They couldn't fight the war without money so they had no choice but to negotiate a peace. This is why gold is also a force for peace. To finance a war, you either tax the people or print the money. Under a gold standard, you can't print the money and when you tax people to fight a war, they usually get upset and force a diplomatic solution saving a lot of money and lives.

The same phenomena occurred in the 1920s but this time, instead of regional banks in the United States, it happened with Central Banks all over the world. Some of them expanded their bank notes (money supply) too much and eventually had runs on the banks to exchange the paper for gold. As this happened, the basic asset behind their money was not there, and it created mayhem and devaluations in the 1930s. This created bank defaults and stock market crashes and the Great Depression and the wipe out of a lot of financial assets.

The United States at this time, since the 1930s, has made tremendous progress and advancements in all areas ...science, technology, medicine, arts, etc., but the truth of the matter is that in the field of economics, the opposite has occurred. An incredible regression has developed. Economic policies today are much, much worse than in 1929. The five economic evils are all alive and well in modern America: big wasteful government, high taxes, paper money, government debt and budget deficits. But the worst practice is the creation of money out of thin air, which always brings on inflation, higher interest rates and disrupts the normal free market economy. 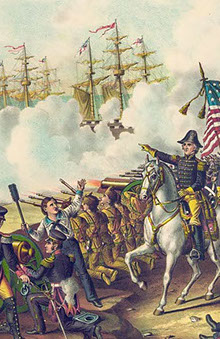