The Fed and the Gold Price

In the last five months $213 billion new dollars have been added to the U.S money supply (M2). Amazingly, no one in the mainstream financial community questions this.

Looking over some past Federal Reserve archives one finds that $213 billion was all the money in circulation in 1962. Currently it is $6.2 trillion. All the material items of wealth in this country  (buildings, roads, cars, aircraft carriers, toasters, TV sets etc.) were created in the 173 years leading up to 1962 with that $213 billion circulating. Have we come close to that real wealth creation in the last five months?  This is a huge wake up call that something is not right. This excessive money creation, as history attests, will bring along an enduring inflation created by the same people pledged to control it.

The Fed has never been able to stop inflation. Higher interest rates do not stop inflation. This is a false economic theory. There are no statistics to prove higher rates stop inflation. Stopping inflation means if you have a 3% increase in consumer prices, you will have a 3% decrease soon thereafter. That is stopping inflation. If you have a fever at 103, well above the normal 98.6 and you go to your doctor to stop the fever, you expect him to get you back to 98.6. In the world of economics we have accepted prices to go up and if the prices just stay steady at that new price level we are suppose to be happy. That is the same thing as your doctor telling you, no problem you are steady at 103 have a nice day. Inflation builds on itself month after month year after year. It is like the economy has built up a 150 degrees temperature.

Also, in past inflationary periods the Fed has raised interest rates for years and all during those years the CPI continued to go higher and higher. Higher interest rates not only cannot reverse (stop) inflation they cannot hold it in check. Prices are rising from money that has been in the system and has been churning around from years before. Wall Street professionals who do not understand this concept will be vulnerable to the future changes that will occur as inflation distorts our economy and markets once again and for all the same reasons.

The Fed’s purpose is two-fold, to create money and be the lender of last resort to the government when those multi-billion dollar deficits show up and to be the protector of the U.S. banking system. No one will argue that if the banks go under we are all in a lot of trouble, so the Fed over the decades has enjoyed a reputation that has led the country and the politicians to believe one can print a lot of money forever with manageable consequences. This is true for small-scale stuff, but when you are talking about trillions of dollars it is obvious to some of us that we are now past the point of no return.

The Fed also controls interest rates. In a country that espouses free market economics, this aspect of their daily activities is hard to comprehend. There is nothing more important in a free market economy than to allow money and the cost of money - interest rates - to be left alone and to allow the daily interaction of millions of people and tens of thousands of institutions and millions of transactions to function without interventions and manipulations. The fact that any institution is intervening in any marketplace to the tune of tens of billions of dollars, sometimes on a daily basis, is something to fear.

These activities by the Fed will be the eventual driving force behind excessive inflation, a depreciating currency and a much higher price of gold. The Fed and other foreign central banks are following policies that are contrary to basic economic truths, classical economic thought and just plain common sense.

My late friend, Nobel laureate (economics), F.A. Hayek told me years ago when I visited him in Germany that decades before he had a discussion with the renowned economist John Maynard Keynes, where Keynes told him that he (Keynes) had made a terrible mistake and was prepared to write an important piece to disavow deficit spending and hence paper money creation. But two weeks later Keynes died. World governments have all embraced Keynes’ mixed up theories because it gave them a convenient solution to cover up their economic mismanagement. Because of this, huge debts and huge piles of paper money have been fostered on populations creating what is now an economic tidal wave that is now on the horizon.

As inflation is always the result of excessive expansions of money in a society, we should simply do the math. Huge money increases equal huge producer and consumer price increases eventually. There is no doubt about the money supply increases, so there should be no doubt about a strong and prolonged inflation that has obviously started. This is all bullish for gold. For other articles on gold and the economy please visit the Commentaries section of our website. 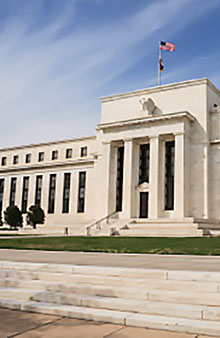