Even if we cut these figures in half, it would most likely require $1 trillion a year of deficits starting in about five years.  U.S. Comptroller of the Currency, David Walker calls it "chilling" and Laurence Kotikoff, Chairman of Boston University’s Economic Department states, "The country is absolutely broke." Bush Treasury Undersecretary Peter Fisher and former Clinton Treasury Secretary Robert Rubin are all on record stating strong concern.  The IMF and The Brookings Institute back up these numbers, with there own studies, which are even worse. The repercussions of these imbalances for the U.S. are so enormous it is difficult to comprehend.

I have never been a gloom and doomer but the politicians of either party clearly have no way out. France, Germany and Italy are actually in the same boat as the U.S. It stands to reason that a period of massive money creation is most likely in the cards to pay for everything. Inflation will surely follow. Inflation numbers do not look too alarming currently (July and August), but the long-term outlook is very clear and it pays to be prepared in advance.

As more economic stress builds, gold and gold assets should trend higher as a safe haven for money. Gold mining companies building reserves and the mines to extract these reserves should increase their valuations considerably. A good solid gold mining portfolio is the only investment vehicle that allows you a monetary insurance policy, and if you chose wisely and don’t speculate too much a growth company portfolio all in one.

An important tool you should be aware of for choosing companies is Net Present Value (NPV). This measures whether a stock is selling for more than it may be worth in terms of future cash flow. Net Present Value is simply the total of the cash stream expected from the production of a mine or mines over a certain period of time. The cash flow is then discounted at 5% or even 10% for each year in the future the cash is coming from. In simple terms, at 5%, one dollar of cash coming in next year only has a present value of 95 cents today. Cash coming in 2 years from now is only worth 90 cents, in 3 years only 85 cents etc. It would be the same as taking 90 cents today and investing it at 5%, in two years it would be worth about a dollar. This is what discounting is all about.

Discounting gives you a hypothetical value of what a future cash stream is actually worth today, hence the name net (final) present (today) value (worth).  Since money today is worth more than money one will receive in 10-15 years, the cash flow is discounted (reduced in value) to reflect this. This valuation shows if mining companies are actually selling above or below the discounted present value from their current cash flow or their contemplated cash flow form a new mine(s) going into production.

The concept is best explained by a question - would you pay $10 a share for a stock that owned a depleting asset (a gold mine) that would only make $10 of present value cash flow per share from the life of that mine and then close the mine. The answer is no. That would be the same as investing $10 somewhere and over 10 years just getting $10 back. You have made no headway.

Therefore you want to own companies selling below NPV. For example a company selling at $5 a share that is currently worth $15 a share NPV. This shows upside potential. If a mining company is selling above it’s NPV you better hope the company finds more and better projects in the future. Selling above NPV is ok for an established diversified mining company, but when you are analyzing developmental or small and junior mining stocks you better see at least a 2-3 times upside of NPV otherwise you have arrived too late and the stock you are buying is probably being sold to you by people who have done their homework. Also related to NPV is the rate of return on the usual large capital expense that a company will have to put up to get the mine in production and the cash flow flowing. This is referred to as the Internal Rate of Return or IRR. I am more comfortable with a high rate of return of over 20% using very conservative metal prices.

Established gold mining companies usually sell at a premium to the Net Present Value of their cash stream because they usually have plenty of new projects in progress and investors expect them to add to their mineral assets as time goes on and this will increase cash flow and hence the future NPV. Also, there are plenty of investors betting on gold going up which automatically increases the cash flow and hence the NPV.

Also, remember that gold itself carries some “monetary respect” that can negate any discounting of future value. This is because if money in the future will be worth less (i.e. be discounted), then gold would probably be worth more, thereby canceling the rationale for the discount. This is why I do not like to use more than 5% as a discount rate in our computer models when analyzing developing mining stocks. I also believe since gold is real money that a zero discount rate should be used for producers. Some analysts increase the discount rate to take into consideration political risks or other factors. In other words, a gold company with a mine worth $500 million of discounted cash flow in Nevada would only have a $100 million value maybe if it was on the border between Iraq and Iran. Discounting in this manner is very subjective and different from a pure monetary/interest rate-discounting model.

Market Cap. per ounce is a useful guideline for valuing a potential buy-out of a mining company. This is the Market Cap of the company divided by the number of ounces of reserves/resources. The lower the number the better. Buy-outs are based on resources and reserves in the ground. A major mining company may pay between $40 and $75 per ounce of gold resource for a company that is not yet in production. The price would depend on many factors besides just the quantity of gold. If a mine is in production then the ounces in the ground are worth more to an acquirer. Therefore producing mines could be bought for $100-$150 an ounce of reserves. Always look at this guideline to see if you are paying too much for the stock. $20 per ounce or below is a good starting point for value for early developmental projects.

Another guideline that gives you a good look at value is a simple calculation that shows what one-dollar invested in the company equals in terms of mineral value in the ground. This shows if you are getting some bang for the buck. It is a good indicator that shows if you are over paying for recoverable mineral assets. It is a very rough guideline and is best used for comparing companies. If a company has 2 million ounces of gold resource, at $400 gold, the raw undeveloped resource is worth $800 million. If the company has 20 million shares outstanding and is selling at $5 or a $100 million market cap., then you are getting $8 of metal value in the ground for every $1 you invest.

Be careful with this one because by the time mine waste, metallurgical recoveries, capital costs, dilution of the resource from uneconomic sections and many more things are considered, the amount of gold coming out of the ground may only be $2-3, not $8 for each dollar invested. If comparing similar deposits, one company gives you $30 of value in the ground for each dollar invested versus $10 for another company, it will at least point out to you an important value comparison.

Of course one of the most important stats to look for is the cost or estimated cost of production of an ounce of gold. Companies that produce gold or will in the future for $200 or less allow you a solid cushion with gold at $400.

At this time the large cap mining stocks are selling at a substantial premium to the universe of junior and quality developmental (emerging producers) companies, therefore over-weighting the smaller company sector looks like a good idea.

A portfolio of 40% large producers, 20% mid-tier, 20% juniors, and 20% developmental would probably be a good mix for the average investor. I am leaving out exploration stocks, as these are really investments for an individual with expert knowledge and who understands the very high-risk levels of this category.

Look at your gold stock portfolio as a long-term investment but don’t buy overvalued merchandise and remember to do more homework and take advantage of what looks to be a very substantial bull market developing for precious metals. 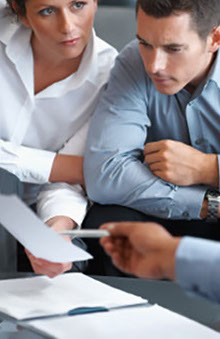