We are currently bullish on gold but the market is volatile and now dangerous. It is dangerous to be out and dangerous to be in. A strategy of survival and common sense is needed to do well in the coming years.

2006 could see some minor and some major corrections in both the metal and the stocks. These could be very painful emotionally and financially. The good news is that the trend for many years should be up.

All commodities have moved up globally in all currencies over the past year. The real world factors that determine commodity prices in the woof and warp of daily world economics, business, international commerce and manufacturing, are indicating that things are simply more expensive in the world. Almost everything is in more demand and the usual basic material supply channels are having a hard time keeping up with the hundreds of millions of new consumers newly created from the developing countries.

What is a Reasonable Price for Gold?

Using the consumer price index to factor what gold should be valued at in 2005 we arrive at the following formula.  Since 1980 the consumer price index has averaged a 3.8% increase per year. This rate of increase applied to the “fair value” 1980 gold price of $280 over 25 years would suggest that in 2005, the relative economic value of gold should currently be $733 an ounce. This implies that gold today is undervalued as a basic consumer commodity. With gold’s additional appeal as a monetary substitute and financial insurance asset, one can easily conceive of the price going considerably higher than $733 in the  medium term. If this indeed takes place gold mining stocks will enjoy explosive gains.

The World is Advancing

Despite world problems, economic progress is everywhere as most of the old socialist systems are being thrown out the window by large population countries such as the FSU, Brazil, India and China. The demand for goods and services is overwhelming the traditional supply/demand equations. Natural resources will be one of the most important investment sectors for many years to meet this demand. Remember even with the gross mismanagement and meddling of economies by governments the world is moving ahead.

There is no doubt that a new and powerful commodity bull market is underway with some experts I respect claiming this will be a generational bull market – one that could last 10-20 years. Gold and precious metals like all commodities will also be part of this mega trend. Owning mining stocks that produce or will produce precious metals, copper, zinc, lead, nickel and uranium in the coming years we believe will provide well above average returns. Same for the oil companies. The problem will be withstanding the volatility.

Don't Be a Sucker

You should avoid the risky and over promoted exploration and junior mining  sector dogs that number in the thousands and will mostly be losers except to insiders that sell when you buy. They own their stock for 1-2 cents. Selling to you for 30 cents is a homerun for them. Many could care less if they ever find any gold or silver. Many so called newsletter writers write these dogs up and you have also received the 16 page mining promotional direct mail pieces which promote some of these stocks. Some are almost fraudulent and disgraceful.

If you want to speculate on long shots, you should own companies with plenty of released drill results and those that are developing deposits that are 1-2 years away from production. Owning a company developing a huge mineral deposit that already has been discovered is 500 times as smart as trying to find the next big discovery. These stocks move slowly but many of these developmental stocks still have 5 or 10 to 1 possibilities.and there is zero exploration risk.  These are future growth stocks and continue to become more valuable as time goes on.. It is insane to own any exploration stock that you have paid more than 5 cents per share or has a market cap of more than $5-10 million. If you do pay more than 5 cents, you are surely buying the stock from insiders that did pay pennies and they are probably selling to you on the day some press release is issued. Ever wonder why good news many times does not make these stocks go up much insider selling. Any company you buy outside of the “already discovered substantial deposit” arena and you are playing a 1000 to 1 game...and you will most likely lose.

Companies that have the goods already in the ground can be analyzed and researched.  Many have lots of upside. Since they have the resources in the ground these stocks are the ones that can protect you against the usual economic problems of budget and trade deficit repercussions, a consumer debt bubble that could burst, excessive money printing, the return of inflation and a severe deflation (which is possible but highly unlikely). Think of this. If the world goes up in smoke and gold explodes upward the exploration stocks with zero gold in the ground is the last investment in the world you will want to own. They do not have any gold, therefore you have zero economic protection.

Although I do not subscribe to the “deflation” view, Stephan Roach, Morgan Stanley’s chief economist, stated at a private fund manager gathering in Boston “America has no better than a 10 per cent chance of avoiding economic Armageddon”. Regardless of the accuracy of the remarks, smart people in high places are concerned and owning precious metal assets is certainly a prudent investment choice in a debt heavy world in the event a deflationary collapse did occur.

The gold/copper producers are especially appealing because even with a very pronounced economic slowdown in India and China, to lets say 2-3% growth, (which has not happened yet) from the current 8-10% would still require above normal demand for metals. Considering global copper inventories are at decade lows and U.S. economic growth is still intact, a solid base metal market should continue for some time.

The underlying fundamentals for a sustained and multi-year bull market in the mining stocks and especially precious metals are still intact. Record high U.S. budget and trade deficits, low interest rates, currency devaluation risks from all major exporting countries outside of Asia, and continued budget shortfalls (which will have to be met with the printing presses) in the major European countries are all long-term bullish for precious metals.

Various U.S., Chinese and Indian economic reports in the last quarter have generally shown above average gains. These are major gold consumption countries and solid economic gains by these nations will lead to higher gold jewelry demand. Higher gold prices can lower jewelry demand, but this decreased demand phenomena from higher prices only lasts so long in the real world because sooner or later people usually adjust their thinking to new price levels as fair value especially if most other prices of goods and services are rising.

One of the key sea changes in the economic world is that global GDP growth is increasing faster in the developing countries than the industrialized countries. Led by Asia and India, these countries are becoming more and more economically self sufficient within their own borders. Developing countries need basic materials and mining is a key industry to supply these materials. Mining will benefit significantly from this new global economic model as these developing countries create enough economic activity within their borders to demand more and more raw materials. Also since they have established extensive manufacturing and export industries to the U.S. and Europe, even more of a demand for raw materials is required.

As of this writing gold is $552 an ounce and I expect the price in 2006 to range between $500 and $625. Using very basic valuation guidelines many of the developmental stocks that we track are undervalued by wide margins. We use only a $400 gold price and a modest production profile to arrive at a reasonable cash flow from their expected mining operations. A precious metal company making $1 cash flow per share should sell for at least 15-20x cash flow or $15-20. Some of these  companies currently are selling at only a 4-5x expected future cash flow value. Therefore we see continued appreciation in these stocks.

Mining companies sell at discounts if they are not yet in production. As the mine becomes operational, valuations then move up rapidly. Investors should patiently wait for these valuation increases in these companies since the future gains could be substantial. Our basic premise to owning a non producer is that they must have a very large mineral deposit - a minimum of $2 billion of extractable value.

Barrick Gold buying Placer Dome for $9 billion is a good sign. Large multinational companies with world class business and political figures on their Boards usually have access and an inside track to high level government opinion leaders and information. These billion dollar companies also know their businesses well and spend a lot of money and time on economic and monetary intelligence. A big buy out like this is indicating that one of the big players in the industry thinks the gold price is most likely going higher or is expected to now stay in a new higher range in the future. This makes sense.

There are two global mega trends occurring simultaneously that make investing in mining companies, especially precious metals, one of the most compelling investments available. One is the continued mismanagement of global economies by the advanced industrialized countries governments to keep their pensioners and publics happy. This includes huge debt levels and money printing to make ends meet. The numbers are staggering and cannot possibly lead to a happy ending. This coupled with the growth of the two key developmental economies (India and China) who consume large amounts of gold and gold jewelry equal a very strong case for higher precious metal prices in the years to come. One factor pushes these metals higher based purely on the commercial supply and demand for jewelry and the other by the 5,000 year old tradition of owning a monetary asset that the politicians cannot debase or manipulate.

The best news is that with the gold price now most likely to stay in a higher range in the future, let’s say above $450, an entirely new mind set will prevail in the mining industry. Hundreds of new projects and companies will form to develop the many “old” projects that were considered uneconomic many years ago. There are plenty of very competent mining people in the world and plenty of mining finance houses mostly centered in Toronto, London and Vancouver that will bring forth a lot of new companies that could be big winners in the future. Having been around these mining people professionally for 33 years, I like to think that I know most of the good guys in this industry. There will be plenty of good deals that will be coming along and should make excellent investments.

Many projects will enhance an existing operating company and add value to their stock price and other projects will be the basis for an entirely new company to be formed. Either way more value will be presented to you in the future that will be outside of the pure exploration sector. Look for these projects and companies.

2006 should be a very exciting year for the mining sector. 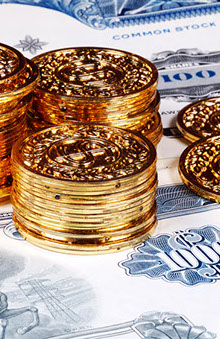