Predictions for 2011: Gold, Silver & the Economy

As a hedge fund manager one lives between the realms of market volatility, mass paranoia and an unending stream of data collection.

The main objective of the exercise is to know that no matter how right you may be on your analysis of value and expected future returns, you are operating in an arena (investment markets) that can become irrational at any moment.

The future is an unknown. But something that can be known is value. Therefore with value correctly analyzed (especially in the mining sector) one has some assurances of the future worth of an investment even after market drops.

It is also important to have an understanding of basic economic truths which do exist!  There are reliable cause and effect relationships that over some period of time eventually determine stock and bond market behavior.

Let’s start with some basic facts that are obvious, easily perceived and known and a few logical assumptions. These facts and assumptions help us form predictions that will hopefully help us with investments.

From the above we now can move into logical conclusions and hopefully guidance on the future trends of various investments.

One of the great problems in the world is that solid economic truths, concepts and, therefore, advice has been hard to come by as the field is littered with so many “experts” that have bought into illogical and indefensible theories and lies. Many of these “experts” have attained high places at universities, news outlets or banking institutions. From these lofty and exposed pulpits they have influenced the power structure and establishment institutions in most countries with their unproven and false theories.

Nobel Laureate Milton Friedman has said that the greatest economist that ever lived was F.A. Hayek. George Orwell was inspired to write his classic book, 1984, after reading Hayek’s great work The Road to Serfdom.

Hayek was without doubt one of the great thinkers of our age. Many years ago I took a film crew to Germany and interviewed him. The interview has been turned into a documentary and is being entered into various film festivals around the world. This is the only interview in his career where he answered very controversial and politically sensitive questions.

His answers to these questions and his discussions of two dozen subjects pertaining to economics and politics very much relate to the investment climate today. This documentary, I believe, will be hailed as one of the greatest dissertations on economics ever recorded. Without using any big words and with brilliant clarity, the best of F.A. Hayek in a never before seen 60 minute interview is now available.

The film is called The Hayek Prophecies and can be viewed at www.thehayekprophecies.com

In my opinion this is the most important one hour you will ever spend to learn from the greatest political-economic thinker of the modern era.

Happy New Year and good luck in the markets. 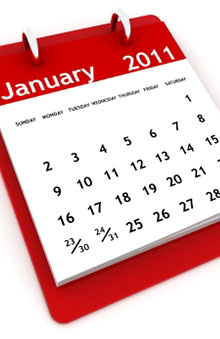