Gold Stocks — Crucial Information for the Investor
— Not All Rosy

The big news globally is that the U.S. Federal Reserve and the Bank of England both threw in the towel on monetary policy to deal with market panics in the last two months. We believe these problems are only the tip of the iceberg of a massive credit and investment bubble that is threatening to unwind.

Their only answer is more money and soon more inflation. In the U.S., the Fed lowered important benchmark interest rates well beyond what was expected and instigated very lenient bank repayment policies for borrowed capital from the Fed. This was not to help the man in the street or to “avoid a recession”. Since unemployment is so low the Fed rate move was obviously made to bail out Wall Street and the major banking institutions. This resulted in the dollar hitting new lows and gold moving higher. These trends are likely to continue. History tells us the truth about the Fed. In the twenty years before the Fed was created, there were 1,724 bank suspensions, in the twenty years afterwards there were 15,502. By subsidizing and protecting the banks they encourage speculation, overleveraging and excessive credit creation which leads to major banking problems that are then solved at the expense of the general population.

In England the central bank announced that all depositors of Northern Rock, Britain’s 5th largest mortgage bank would have their deposits guaranteed by the government. This was in response to a bank run which had ensued with world press coverage showing thousands of people lining up to withdraw their savings at various branches. In the future this will become a disastrous precedent encouraging more speculation by institutions and investors. Northern Rock had a $6 billion equity base and had leveraged its balance sheet to $226 billion. I suspect they are not alone and this may not be the last of the bail outs.

These actions are only the beginning of a new round of paper money injections that will surely bring on above average inflation. An excellent study by economist John Williams shows the real inflation rate in the U.S. since 1991 was annually 4% higher than government figures. Financial writer Howie Katz reports adjusting the CPI from 1983 to reflect housing costs as opposed to rents shows U.S. consumer prices have tripled not doubled as reported by the Bureau of Labor statistics. Gold averaged around $400 in 1983, it is reasonable to triple this price for a future target just based on a simple real CPI formula.

With the dollar at new 40 year lows, it will force Europe and other countries to devalue their currencies. If you are an international business working on 2-3% margins or less and you can now buy your U.S. goods 8% cheaper because of a weak dollar, it is an incentive to do so. This means other countries that depend on exports will not get that business and their governments will respond with competitive devaluations. Devaluations in the current floating currency environment (where exchange rates change daily in response to supply and demand as well as government intervention) can be accomplished by 1) manipulating interest rates lower (which then leads to more money creation by the banking institutions) or 2) just printing money. The central banks and the banking establishment in these countries along with the politicians also have a beautiful excuse to print their way out of the fiscal mess they are in because they cannot meet the obligations to their citizens. This is and always will be bullish for precious metals. This is one reason why precious metal ownership by way of reserves in the ground of mining companies is prudent. Precious metals could be one of the only monetary assets still standing when this excessive global credit and monetary cycle is over.

Because of competitive devaluations, already mentioned above, the death of the dollar may not be as fast as some people think. Also one of the big misconceptions that I keep reading about is that China and Japan will soon dump their holdings of dollar denominated Treasuries because they are losing value with the dollar going down. Not true.

China now has more money in circulation (M1) than the United States. $1.9 trillion vs. $1.4 trillion. The reason is that they have been double dipping.

In the above example the $1 million they have in Treasuries is all gravy and this is what the Chinese have done the last 10 years and that is why their money supply has mushroomed. When the time comes they will most likely take the trillions they have in U.S. Treasuries and come back to the U.S. and buy buildings and factories (like the Japanese did in the late 80’s) Spending dollars for dollar denominated assets in the U.S. will have zero effect on the exchange rate. So the argument that these Treasuries are a huge overhang on the U.S. dollar because the Chinese don’t want to lose value is not true. They are so far ahead already it doesn’t matter. Of course the local citizens will now have to put up with plenty of inflation that is coming to China from all the new money floating around the country.

High oil prices are flowing huge amounts of money to countries in the mid east that have been historically pro gold and the higher oil goes the more gold will be absorbed by these governments, their financial institutions and investors.

It has been estimated that all the gold in the world ever mined equals 5.3 billion ounces. This has a value of $3.7 trillion. Much of this gold is in woman’s jewelry cases and on men’s wrists or resides in peoples teeth. Global liquid financial assets are in the hundreds of trillions of dollars and global derivatives are over $450 trillion. Therefore the ratio of gold available for investment is a tiny fraction of the other investment alternatives. When further financial problems arise gold will have to rise when too much money chases too few ounces.

The U.S economy has been skating on thin ice. Subtracting out the money that people have spent from refinancing their homes, the U.S. economy (GDP) has averaged only one half per cent growth annually for the last six years. This means we are living in an economy that has been fueled by consumers borrowing home equity money and this has now come to an abrupt end. This, coupled with the underlying problems in our banking system, means the only way out is a loose monetary policy. The overleveraged banking system cannot handle a recession. This unfortunate scenario coupled with more trade and budget deficits will have a positive effect on the gold price and will also contribute to future inflation.

Since 2002 crude materials in the U.S. are up exactly 100%. This is more anecdotal evidence, that the inflation rates in the U.S. will rise substantially in the coming years.

Our survey of the seven largest countries in the world and Europe show that they created $775 billion in new money in the last year. The supply of gold available for investment, outside of jewelry and industrial demand which would include bars, coins and bullion funds was approximately $13 billion. This is a ratio of 60 to 1 and does not include the money creation by the other 175 countries in the world. The point is that there really is not much annual gold supply around for investment purposes or financial insurance or a money substitute. Sooner or later the price will dramatically reflect this imbalance. India has increased it’s money supply 15.3% in the last year. This is probably why in the first eight months of 2006, gold imports increased by 86%. India could be on track to consume over 35% of 2007 global mine supply all by itself.

Volatility and the Gold Stocks

The recent volatility of the precious metals and the mining shares unfortunately is part of the equation of this investment sector. We attempt to balance these fluctuations in our hedge fund but it is a difficult task and requires focus and discipline. You should expect volatility with your personal portfolios in the future and realize that volatility in this sector is normal. But, in my opinion, this type of volatility is a small price to pay for the long term trend that is clearly in your favor and the excellent growth and value attributes of a well diversified and hedged portfolio.

The mining sector should continue to be one of the top performing investment sectors in the coming 3-5 year period. The past actions of the Fed and other central banks mean they will surely do everything they can to avoid a credit and debt implosion that according to many experts could be in the trillions of dollars of potential defaults and bankruptcies. If this estimate is true then bailing out the institutions that are in danger will require the greatest expansion of paper money in history. The winner will be gold and other natural resources because the more money that is created the higher the prices of basic commodities and monetary substitutes (gold and silver) will go. Gold mining shares are the beneficiaries of the economic excesses of others.

It is important to be careful of exploration stocks and allocate only a small amount to this sector. The large mining stocks are now being bought by huge non gold savvy hedge funds and will create lots of volatility as we go forward. A stampede by these players either way can be profound. The developmental mining companies with solid resources in the ground and a 1-2 year horizon to production will be targets for buy outs by mid-tier and major mining companies.

Good luck -- you are going to need it especially if gold goes to $1,200 and then back down to $700 and then to $2,000, which is very possible in the coming decade. So always keep a core portfolio as insurance (and long term appreciation) and a trading portfolio that rolls with the punches. Do not go on margin and do not spend much time or money on the exploration stocks as more than likely every share you buy is usually from an insider who is selling. Also if there ever is a major economic upheaval gold and silver mining companies with known and verified resources in the ground will go up dramatically but exploration companies with nothing but a geologist and promoter’s dreams will go no where because they have nothing in the ground. Remember that -- they have nothing -- so be careful. 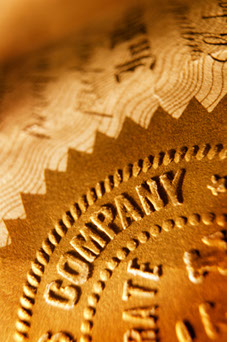