There is No Credit Crisis, No Recession and that is Why Gold is Going to $1500—Hard to Believe—Read on Friends

The sub prime mortgage melt down and future ramifications are very real and the major financial institutions associated with all the second and third level repackaging of this toxic paper are in big trouble. But the “crisis” is a hoax. Some big institutions lost a lot of money in their investment portfolios but this is not a credit crises. If you ever got through Von Mises’ great book, The Theory of Money and Credit, this would make sense.

Follow this simple example and you will understand why there is no credit crises and why a recession is probably not going to happen anytime soon and why this is astoundingly bullish for gold and silver.

Tom buys a house. Tom has no job, no credit, no savings and lied on his loan application. He is like a few million other people in the same boat. Some bank or financial institution lent him money. The house cost $300,000 and Tom was lent the entire amount, 100% financing – no down payment. When Tom was lent the $300,000 he gave it to George who was the owner of the house. George now has $300,000 and Tom now owns a house. So far so good.

Tom defaults. His bank cannot collect. His bank is in trouble. His bank has hundreds or thousands of similar loans. The bank has a crisis on its hands. But hold on, George has the $300,000. The $300,000 has not disappeared. George has this money in his bank or he bought a boat and the guy he bought the boat from has the $300,000. The money is still in circulation. It has not gone to money heaven. The banks and the big Wall Street firms actually have a crisis, but it is an investment crisis not a national credit crisis.

The Fed, the Treasury, the European Central Bank and the British National Bank are all pumping in hundreds of billions of new money to bail out the banks not the economy. But the economy will certainly get “stimulated” by all the new money.

Since the $300,000 is still in circulation (and you can multiply this by millions of other home loan examples) and the Central banks are adding even more money and credit to the economy, what is going to be the outcome of all this? It is going to be incredibly inflationary. It is also going to assure that the economy will avoid a recession because there is now so much money sloshing around the system that it will get spent or saved or used by someone else and therefore a recession will be postponed. The way a recession could happen is that if the economy actually has finally petered out and all the mal-

investment of the last cycle (real estate being first on the list) is now creating dislocations that cannot be handled. But with all the new money being pumped into the system and with continuing low interest rates this recession has surely been postponed.

The dollar will continue to go down as the Fed has decided to save the banks and flood the country with as much money as is needed to handle their crisis (the banks).

Gold is going up because this “crisis” handling means inflation is going to come back, possibly at the highest levels we have ever seen in modern times.

The home building melt down is very real. Many homes were bought by unqualified borrowers and speculators who are now in trouble. With home building crashing (this is a key sector of the economy) how will this effect the U.S. economy? It, so far, has just slowed the economy down but because there is now so much more money in circulation some other areas of the economy appear to be taking up some of the slack.

My guess is that instead of a 4% growth economy like we had because of the “housing boom”, we may have a 1.5% growth economy. With the dollar so low tourism will increase and foreigners will come in and buy our goods and services. Our real estate prices are not only going down but to someone with Euros our real estate is now at bargain prices. European yacht manufactures cannot now compete with U.S. boat builders and at the recent Fort Lauderdale Yacht Show (the largest in the world) U.S. yachts and boats were bargains if one owned Euros. Boeing Jets are also tempting to European airlines with Euros selling for a 30% discount (in Euros) from just a few years ago.

If there is a credit crisis, why is MZM money supply up almost $1 trillion in the last year? Why are Aaa Corporates only at 5.3%? Why was Industrial Production up 1.5% year over year in December? Employment up 1%. These are not recession or crisis numbers. The Crisis is a smokescreen used to rationalize rescuing an investment management crisis for the banks. The big institutions are being bailed out and the guy in the street is going to pay for it.

In 1987 the U.S. stock market had its worse year since 1929 and 1974. Trillions of dollars of wealth was destroyed in stock and bond values in 1987. But we never had a recession. This was because the losses were investment losses. Money in circulation actually went up. Money, credit, and investments are three related but distinct animals.

In the present environment the banks investment portfolios are losing hundreds of billions and maybe as much as a trillion dollars eventually but the amount of money in circulation is increasing not decreasing. Therefore the so called “economy” will move on and the inflationary impact of all this new money on top of all the old money that has been shoved into the system will make inflation take off.

When Wall Street comes to it’s senses and realizes that the economy is now being flooded with money and none of the old money has disappeared and the Fed is indeed going to keep interest rates as low as possible, the U.S. stock market should not crash. The banking system will not collapse. Unfortunately what will happen is an explosion of inflation and that will be a crisis. Every lower and middle income earner in this country will pay for this bail out because their paychecks will now buy less and less in the future. Their standard of living will decrease. As usual the insidious paper money system will rob the poor and the lower and middle income earners (via inflation) and redistribute that wealth to the rich (the banks and the Wall Street firms that are being bailed out). There is no free lunch. But whenever one shows up, know that someone is paying.

The authorities have no choice but to inflate or have some major institutions go down. Eventually this will be an inflationary disaster. Gold will most likely go to $1500 within a few years. If one takes $850 gold and allows for only a 7% increase a year for 5 years – the price is $1200. 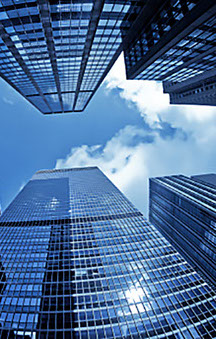