The World Gone Crazy and Your Gold Stocks

Gold going up almost $90 on September 17th is not to be taken lightly. This is extremely unusual and bullish. The global financial system led by the United States investment banks, insurance companies and commercial banks are now in a precarious and dangerous situation with asset values and balance sheets suspect.

The bottom line is that the precious metal mining stocks with economic resources in the ground will rebound dramatically led by the larger producers.

Financial institutions with various types of commercial paper, interest rate certificates, and packaged loan or debt portfolios insured by derivatives or some other contractual form of IOU’s are now impossible to value or analyze. Here are the facts and my conclusions as where we are headed.

Globally stocks were getting battered and central banks have been adding massive amounts of bail out money over the last three months (I lost track when it went over $400 billion) including $200 billion in "liquidity" in just the last two days. This is highly inflationary medium to long term but will cause stocks and gold to move higher in unison until inflation is rampant, then interest rates will rise dramatically and stocks will head down and gold will soar. Remember an OK economy and an OK stock market are not always bad for gold or gold stocks. In 1980 when gold roared to $850 the Dow Jones was up 13.7%. All this money being injected into the economy will be a "fix" and in the short term should make gold and the stock market more buoyant.

The Bad News Regarding the Government Solutions

The last six months have seen total devastation of the junior and developmental precious metal mining stocks as well as huge share losses for the majors. This was caused by a series of events that added up to what can only be described as a once in lifetime phenomena when one considers gold at $800 and silver above $10. The events are listed below.

Current gold buyers are most likely split between investors that believe a horrible deflation is coming and money will be wiped out so gold should be a good substitute and other investors correctly understand that trillions of new dollars and foreign currencies are going to flood world economies to bail out the institutions and this will be very inflationary.

Both sides will have great conviction and this $90 move underlines those thoughts. Therefore, with the financial turmoil of this week gold and the quality mining stocks should move much higher with or without the stock market.

Moose pasture stocks will not recover... ever. Sell them, take your tax losses and buy companies with real resources and reserves.

The recent bail outs announced this week have turned Wall Street into Sweden. The large financial stocks are now backed by and socialized by Uncle Sam. This will create even more problems in the future. A list of the negatives on this is very long and would include such negatives as bureaucrats deciding on investment allocations, political favors used by politicians to get funding for pork barrel projects in their districts and red tape to choke a horse.

Socialism is a failure, but capitalism with a paper money system and a central bank manipulating interest rates, foreign exchange values and creating money and credit out of thin air is just as bad. Gold will now go much higher because of all this but it is a sad commentary on the banking elite and government fools that are responsible for our present condition. 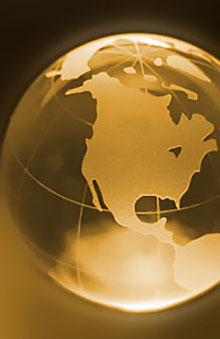