Gold Stocks, the Dollar and the Economy

Gold stocks have seen their lows. As all asset classes have been in a historic (time-wise) liquidation, gold has actually held up better than most other asset classes. But the gold mining stocks have been beaten up badly for various reasons that are now basically played out.

Concurrently, dollar strength has been based on two overriding circumstances and these are about finished as well. This means a very positive environment is about to affect the gold and silver mining stocks.

Reasons for Gold Stocks Being Liquidated:

Reasons for the Dollar Strength

These three reasons and the fact the dollar needed some sort of rest from the continuing multi-year down trend were why the dollar has been so strong while the Feds have been debasing it beyond belief in the last few months. As the dollar became in demand for the above reasons, gold which is denominated in dollars came down.

The reasons above have most likely played out. This means the dollar should resume it weakness because when the trillions of new dollars that are being created start circulating in the economy, inflation will return to the U.S. with a vengeance.

The U.S. Dilemma: Bullish for Gold

The answer to all of the above is printing more money. It is as simple as that.

Taxes can be raised to 95% of income and it wouldn’t make a dent in the above.

If you own gold and silver and legitimate gold and silver mining companies, the above means you are in the right sector. You do not have to make things anymore complicated than that as your investment thesis.

The bailouts of Wall Street and Main Street will most likely continue to require massive amounts of new money and credit injected into the economy here and overseas. This is very inflationary and make no mistake about it – gold will respond globally to money and credit increases. The Feds have made it known loud and clear that they will do whatever it takes to bailout the financial system.

Commercial banks do not trust each others paper. That is why the credit and commercial paper market is currently effectively frozen. This is a crucial concept for gold. Commercial bankers and central bankers have the same ethos, many times come from the same schools, study the same bad economic text books, know and adhere to the same misguided economic concepts. They think alike.

The current global “credit freeze” is because of mistrust by bankers of other banks solvency. If commercial bankers globally don’t trust each others paper then central bankers are also not going to trust each others paper (currency and notes of the host government) either. Therefore, I believe some central banks will be buyers of gold because even with the dollar still believed to be better than their host currency, these bankers know the dollar is going to be debased dramatically in the future and gold cannot be debased.

With this mindset, some portion of the 200 or so central bankers in the world will most likely quietly (under the table) buy gold. They will never bad mouth paper money because they are perversely addicted to paper money but they will buy gold. Some may buy gold to protect their countries banking system from the politicians who run their own countries.

It won’t take much buying from just a few of these central banks to create a much higher gold price. Just like countries buying jets and bombs and guns to protect their borders, central bankers will buy gold to protect their financial system, since the paper money hoax on this planet is just about over.

Current Reasons for Gold and the Shares to become stronger

If stocks are going down because inflation is moving interest rates higher, then gold stocks will decouple and move higher because of inflation while the stock market moves lower due to higher interest rates.

The stock market may be ready for a consolidation. 8000 on the Dow is a pretty solid decline from 14,000. The market and the economy may get a reprieve here because of the following:

The government is flooding the country with money and credit and bailout funds and this liquidity despite all the hype and doom and gloom will eventually find its way into economic activity and the stock market.

I will address the “Deflationistas” in my next week’s article. Be sure to look for it.

The greatest mistake one can make is to think a deflation is coming because houses and stock prices have collapsed. We are entering one of the greatest inflationary periods in our history. 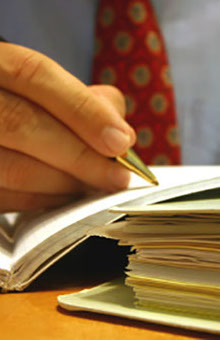